Despite India-Pakistan tensions, hometown of Sikhism’s founder draws thousands of Sikhs from India and around the world. When Sikh devotee Gurmit Singh crossed the Indian border to visit Sikhism’s holiest sites in Pakistan this month, he set out on the journey alone. At 67, Gurmit Singh had hoped his family in the Indian city of Chandigarh would join him, but their applications were rejected.

Nonetheless, Gurmit Singh had grown up dreaming of visiting Sikhism’s most cherished sites and was determined to fulfil his lifelong dream of seeing Kartarpur, the town where Sikhism’s founder, Guru Nanak, was believed to have spent his final years.

“I didn’t know what to expect. My goal in life was to see these holy sites,” he told Al Jazeera. 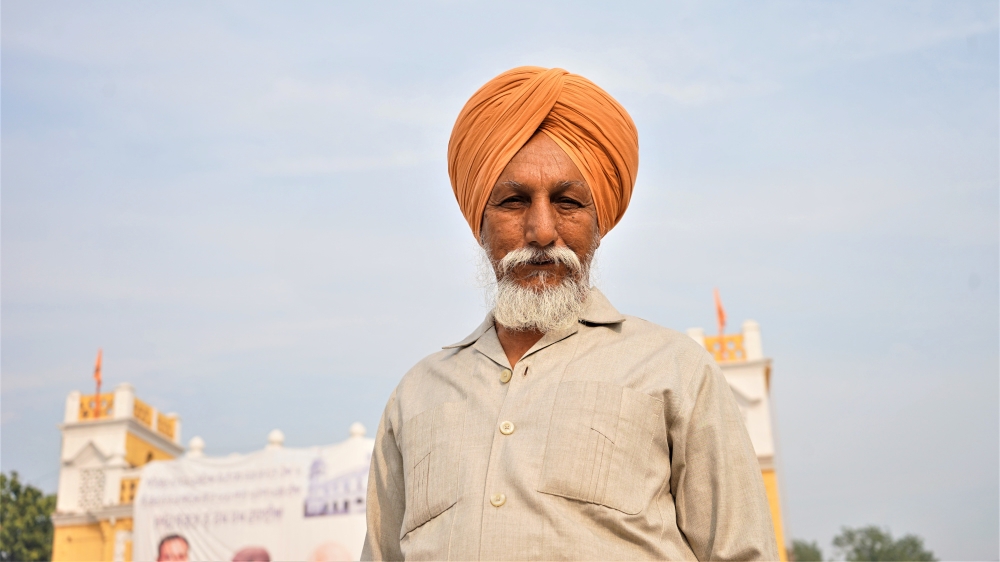 On Tuesday morning, Gurmit Singh, and thousands of Sikhs from around the world, poured into the eastern city of Nankana Sahib to commemorate the 550th birth anniversary of Guru Nanak at the ornate, palatial structure of the Gurdwara Janam Asthan.

Guru Nanak was born in this city in 1469. Today, the predominantly Muslim town attracts Sikh pilgrims from around the globe.

Pakistan is officially home to 20,000 Sikhs, who number about 20 million worldwide, with the vast majority in India.

In 1947, when India and Pakistan gained independence from the British, the state of Punjab was cleaved in half, permanently dividing Sikhism’s holiest sites between the South Asian rivals. Under a 1974 bilateral agreement, India and Pakistan opened the possibility of undertaking cross-border pilgrimages to visit each other’s religious shrines.

This year saw Guru Nanak’s birth celebrations increase in prominence due to the opening of the Kartarpur corridor, a nearly five-kilometre (3-mile) long land-link that allows Sikhs from India visa-free access to one of Sikhism’s holiest shrines in Pakistan.

Prior to the construction of the corridor, thousands of Sikhs would stand on the fence along the India-Pakistan border to gaze at the gurdwara (Sikh temple) through a telescope, tears clouding their eyes. Now, up to 5,000 pilgrims a day have been permitted by the Pakistani government.

“The Kartarpur corridor will promote peace and harmony between the two countries at a time when everything – including trade – is at a standstill,” said Aamer Ahmed, chairman of the Evacuee Trust Property Board (ETPB), the main government body tasked with maintaining Sikh and Hindu religious sites across Pakistan.

“Pakistan is the land of the Sikhs,” echoed Imran Gondal, the ETPB’s Deputy Secretary of Shrines. “We encourage them to visit Pakistan.”

Prince William and Kate Middleton Will Visit Pakistan This Fall

Pakistan get to live another day in the World Cup